This is for book of the week on Passionate about Books. 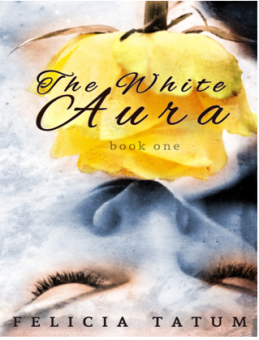 How do you live with the gut clenching truth that the one you love will die if you meet them? Twenty year old sorcerer Scott Tabors is learning how. After seeing seventeen year old Olivia Whitehead outside of a coffee shop, his heart will never be the same. He longs for her, he wants her, and he knows she will be his. They are heart mates. …but due to a curse on his family, he can’t meet her. Not yet. So for now, he visits her in her dreams. Her dreams where he can tell her everything but his name.

Olivia Whitehead is a typical junior in high school. She and her best friend are having the time of their lives, but she can’t help but notice the changes happening to her. Especially the changes in her heart after she begins dreaming about a mysterious dark haired young man. But what will happen when the school heartthrob decides he wants Olivia? Will she realize the dream man is real or will she move on?

My reflection was much calmer than my inside. I was an absolute wreck inside, worried and scared about the events that would happen tonight at the dance. Wearing black dress pants and a white buttoned shirt, I looked dressed up enough to blend in if I had to go in the building for any reason. My pockets were loaded with stunning charms that would stun the attacker if I threw them at him. I had a knife in my back pocket, big enough to do damage if needed. I didn’t want this fight to become that violent, but I was prepared to protect Livvie if I had to.

Mark had similar charms and weapons to guard himself with. I had given them to him after he had left school. Grandma and Sadie were prepared with spells they had memorized. Immobilizing spells, memory erasing spells (for the dance goers), slumber charms, and they had found a few control spells that would be handy if we needed the crowd to leave without putting up a fight. Overall, I felt that we were well prepared. I couldn’t help the sinking feeling in the pit of stomach, a feeling that told me The Crimson Calamitous was much stronger and this may all be for naught.

Giveaway on the Passionate about books page!

2 sets of magnets for The White Aura and The Vessel

2 ecopies of The Vessel

I’d watched her every day since school began. She moved with grace and confidence, yet I could see hurt behind her eyes when she surveyed her surroundings. I didn’t know who would want to hurt a beautiful creature like her, but it angered me. A lot. I watched her from a distance for as long as I could, until the longing in my heart to hear her voice speaking to me was too much.

I knew it was stupid and reckless to bring myself into her life. I was the worst kind of guy for her, into all the wrong things, but something about her made me want to be…more. The first time I saw her beautiful face was during lunch. She was stuck in a little hole in the wall, her nose deep into a book. Her dark blonde hair fell around her face, and she absent mindedly pushed it behind her ear, not once looking up from her book. People walked around her, came close to stepping on her, completely ignored her…and all I could do was stare. I couldn’t tear my eyes away. Two weeks after that, I’d followed her bus to the next bus stop. I prayed to be the one driving her home someday soon.

As I approached, she hadn’t moved. She leaned back against the bench, her eyes furiously devouring the book she gripped. After I finally got her attention, my heart had almost stopped when her deep, rich brown eyes looked into mine. Her voice sounded like it came from heaven, her words singing a song to my heart. I laid a hand on her leg, the sparks shooting straight into my soul.

I’d followed her to the bus stop every day since then. The week after our first meeting, I’d gotten the nerve to meet her at her locker. She was bent in, rummaging through her belongings, when I slid up and relaxed behind the door. I heard her groan as a book fell to the floor. I scooped in to pick it up, smiling at her as I handed it over. Her eyes widened as she whispered my name.

“Cade…you never talk to me in school,” she accused me.

It stung. It was true. I didn’t want my friends getting the wrong idea or anyone saying things to her about how screwed up I was. It was selfish, and it appeared to hurt her.

“I’m sorry. I didn’t know if you wanted to…” I admitted, taking her book bag from her.

“What are you doing?” she questioned, eyeing my hand.

“Walking you to class?”

Her eyes stared down, and a small smile curved on her gorgeous face. She peered up at me, her lashes dark and framing her eyes perfectly. My breath caught when she did that. She walked around me, turning a few steps away to make sure I followed.

“Of course I want to. We’re friends, right?” she said, sauntering off.

Her voice hummed in my mind, sending smoke signals to my heart. I think I would have followed her anywhere. I’d walk off a cliff if it’s where she led. 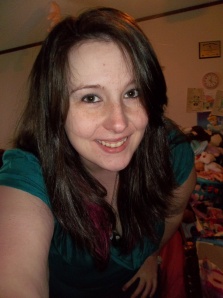 Felicia Tatum was born and raised in Tennessee. She always loved reading, and at the age of twelve began writing. Her passion for creating stories grew and in May 2012, she finally wrote her first novel, The White Aura.

She still lives in Tennessee with her daughter and her kitty. She loves cooking and books. Animals are some of her best friends. She watches a lot of Disney channel and often dreams up new book ideas. She’s currently writing the second book in series, as well as a romance novel. Her dream is to write as many book as possible while entertaining as many people as possible.