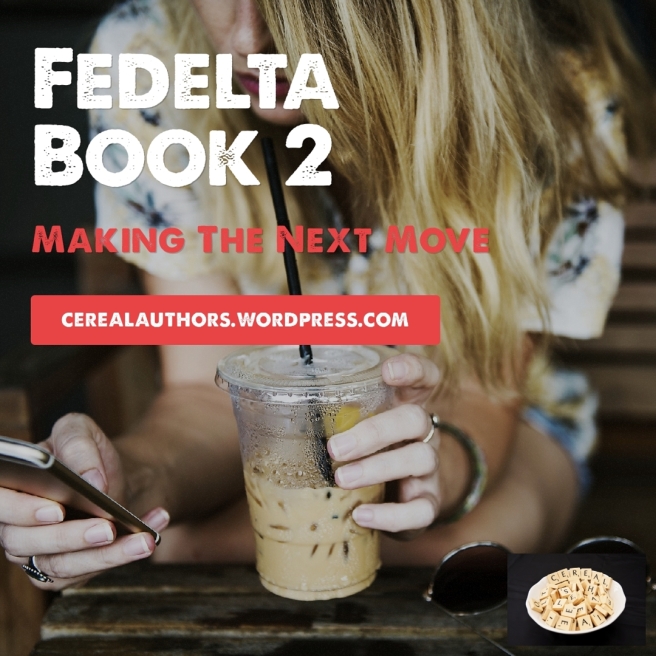 As Amato and Jimmy made their plans, Cassandra was making hers.  Desperate for cash, she knew she had to start liquidating her assets if she wanted to escape.  Doing her best to stay one step ahead of the cops, she grabbed her spare phone, and started looking up the number to her local bank branch manager.  With her fingers crossed, she called and explained that she needed to withdraw all of her money.  “In cash?” the manager asked rather surprised.

“You’re a bank, how is that even possible?”

“Just bear with us Ms. Fenetti. We’ll have all of the funds tomorrow.”

“Alright, see you then.” He said in a sickening sweet tone.

Hanging up the phone the manager place a call to his supervisor, the Vice president of the branch, “Steve, it’s Marty, sorry to bother you but Fenetti called.  She’s coming by tomorrow morning at opening.”

“Thanks Marty, I handle this one myself.” He said.

He wasn’t quite sure why the President of the bank would want to personally handle the closing of an account, but Marty, simply agreed to have his admin send the files to his boss’s computer.  That was one less account he had to deal with, and since it was the end of the day, he grabbed his jacket along with his brief case and left for home.

In the meantime, Cassandra had to figure out where she was going once she had the cash.  Placing a call to her favorite airline, she chartered a plane to the Cayman Islands.  Once she got off the phone with them, she booked a hotel room at the Hilton.  Nonetheless she still wasn’t done, Cassandra had to make sure no one would be able to track her, not the cops, and certainly not the killers.  She already knew that the cops were checking phone records and looking at security footage.  As if that weren’t enough, Cassandra would have to change her appearance as well as get a new identity.  Placing a few calls to some of the best forgers in New York, she put in an order for a new driver’s license as well as a passport.  The ones she had were old, and looked outdated.  Sending him a recent photo of herself, she got the okay from the forger and they worked out a deal.  She regretted not staying on top of these things, she knew better, being the daughter of a mobster and the fiancé of another.  This life was unpredictable and deadly, Inpatient she mumbled to herself, “When will you ever learn?”.

This was only phase one of her plan, she still had to keep herself alive and evade police for the next 16 hours.  Cassandra had to lay low, if she was going to survive the night.  Starting the engine, she made a journey to her old hideout, a safe house of sorts.  Making her way through Little Italy, she made it to an old pizzeria.  Parking down the street, she took out a key and went to the back and climbed a set of rickety stairs to a tiny apartment.  Cassandra figured she would be safe here since she and Stephano rented it under the table.  There was no paper trail and they were careful to not tell anyone about it.  Despite all that, she was still paranoid and took out her glock.  Quietly she went from room to room to be absolutely sure she was alone.  When she was able to let her guard down, Cassandra put the gun away and went straight to the closet to find the clothes she had purchased for a time like this.  There was an array of outfits, some of them were shabby chic, while the others were high end luxury brands.  There was no way she could dress as she always had.  Too many people knew her style, and if her instincts were right, the cops were already creating a profile of her, if they hadn’t already.  It was a hot day and she still wasn’t feeling well, so Cassandra decided to take a shower and call it a day.

Collapsing on the bed, she made herself comfortable and clutched a pillow.  Fighting the urge to cry, she refused to think about what happened and focused instead on what needed to be done.  Going over the plan in her head, she went over  every possible scenario again and again like a mantra of sorts.  After all, Cassandra needed something to believe in and her plan was that thing.  She would succeed, she would pull herself out of this mess.  Confident, she slowly drifted to sleep, safe for now.

My YA Novel Hag