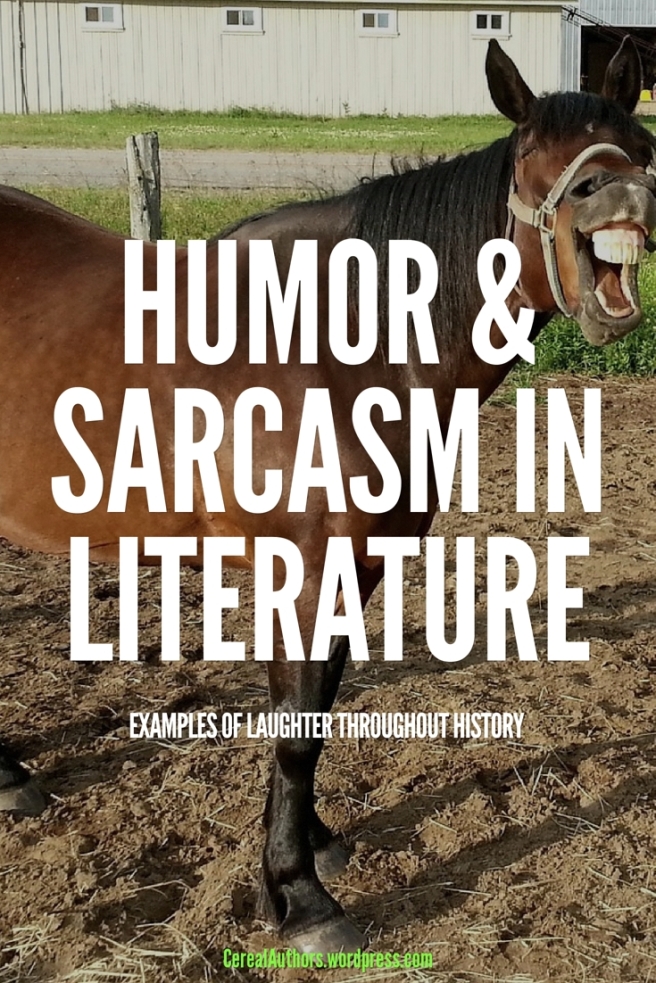 I was asked by Dellani Oakes and Karen Vaughan to participate in a blog series about sarcasm and humor so I decided to find out what was considered funny in literature.  This quest took me way back in time before Terry Pratchett and Mark Twain even before Shakespeare.  I actually found one-liners from ancient Rome, and even further back to the Eyptians.  Below I listed some of what you could call an evolution of humor throughout the ages.  Most of these come from literature, while others are of unknown origins.  Nonetheless, whatever people have found funny in ancient times may have us scratching our heads today.  Yet one thing unites all cultures, people loved to laugh no matter the time or place.  I  really enjoyed researching this subject and hope you enjoy it as well.  So without further ado..

“I do not see a stoneworker on an important errand or a goldsmith in a place to which he has been sent, but I have seen a coppersmith at his work at the door of his furnace. His fingers were like the claws of the crocodile, and he stank more than fish excrement.”

–Satire of the Trades

“A disgrace to their art. If ever they are granted a chorus, what does their offering at the shrine of Tragedy amount to? One cock of the hind leg and they’ve pissed themselves dry. You never hear of them again.” –The Frogs

A man is taking care of his departed wife’s burial. Someone asks him “Who is it that rests in peace here?” The man answers: “Me, now that I’m rid of her!” –Source Unknown

After his wife had beaten him badly, a man crawled under his family bed. “Come out this instant!” his wife screamed.
“I am man enough to do as I please!” he said. “And I’ll come out when I’m good and ready.” –Ming Dynasty Tales

CHIRON:  Thou hast undone our mother.
AARON:  Villain, I have done thy mother.

In wine there is wisdom, in beer there is freedom, in water there is bacteria.  –This quote is often attributed to Ben Franklin though there’s been debate lately about that.

You can lead a horticulture but you can’t make her think. –You Might As Well Live: The Life & Times Of Dorothy Parker

“In the beginning, the universe was created. This has made a lot of people very angry and been widely regarded as a bad move.” –The Restaurant At The End Of The Universe

“I come from Des Moines. Somebody had to.” –The Lost Continent

So what are your favorite one-liners from history, tell us in the comments section.

One thought on “Literary Humor & Sarcasm Through The Ages”